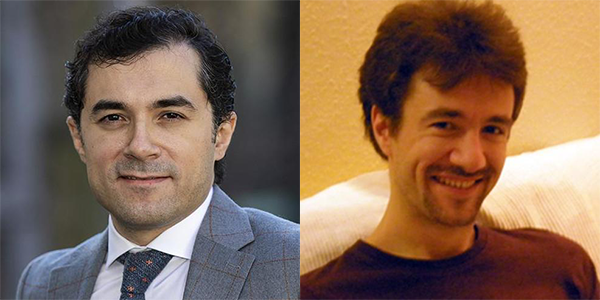 The Kenneth C. Griffin Department of Economics is pleased to announce two of our faculty have received named professorships.

Ufuk Akcigit has been named the inaugural Arnold C. Harberger Professor in the Kenneth C. Griffin Department of Economics and the College. A macroeconomist who examines economic growth, entrepreneurship, and the economics of innovation, productivity, and firm dynamics, Akcigit is a leader in the study of innovation and its role in economic growth. By recruiting microlevel data to inform macroeconomic models, his work unites traditionally separate approaches in the field. By compiling large-scale historical and international datasets, he brings empirical evidence to bear on questions of longstanding theoretical interest. Akcigit’s contributions to scholarship and policy have been recognized by a number of prestigious awards, including a National Science Foundation Career Award, the Asaf Savas Akat Economics Prize, and the Kiel Institute Excellence Award in Global Economic Affairs. Most recently, he was awarded the 2019 Max Planck-Humboldt Research Award. His research is widely cited in policy reports, including those issued by the World Bank and the International Monetary Fund.

Stéphane Bonhomme has been named the Ann L. and Lawrence B. Buttenwieser Professor in the Kenneth C. Griffin Department of Economics and the College. An econometrician with methodological focus on latent variable modeling and panel data, Bonhomme forges connections between econometric theory and econometric practice—an important tradition for UChicago economics. He has contributed to several important lines of research, including how to accommodate heterogeneity—a long-standing problem in the social sciences—in a flexible but feasible way. Some of the questions he addresses in his empirical work include the study of income inequality and mobility, the role of firms and workers in wage determination, and the joint dynamics of income and consumption. His research has been internationally recognized by a number of publications in top journals in economics. He is a fellow of the Econometric Society and of the International Association for Applied Econometrics, a co-editor of the Econometric Society Monograph Series, and an associate editor of the Journal of Econometrics, Quantitative Economics, and the Journal of Economic Methods. He previously served as a co-editor of the Review of Economic Studies.