Simply changing the p-value statistical standard, proposed by statistician Ronald Fisher and adopted by the scientific community in the 1920s, could dramatically improve the quality of research and shrink the number of false positives, according to a commentary co-authored by University of Chicago economist John A. List.

“We advertise interventions as working because statistically we think they’re working. But they’re actually not working. This is becoming a crisis in the sciences,” said List, the Kenneth C. Griffin Distinguished Service Professor in Economics.

The argument represents the consensus of 72 scholars from institutions throughout the world and from a variety of disciplines, and could have a major effect on the publication of academic work and on public policy. 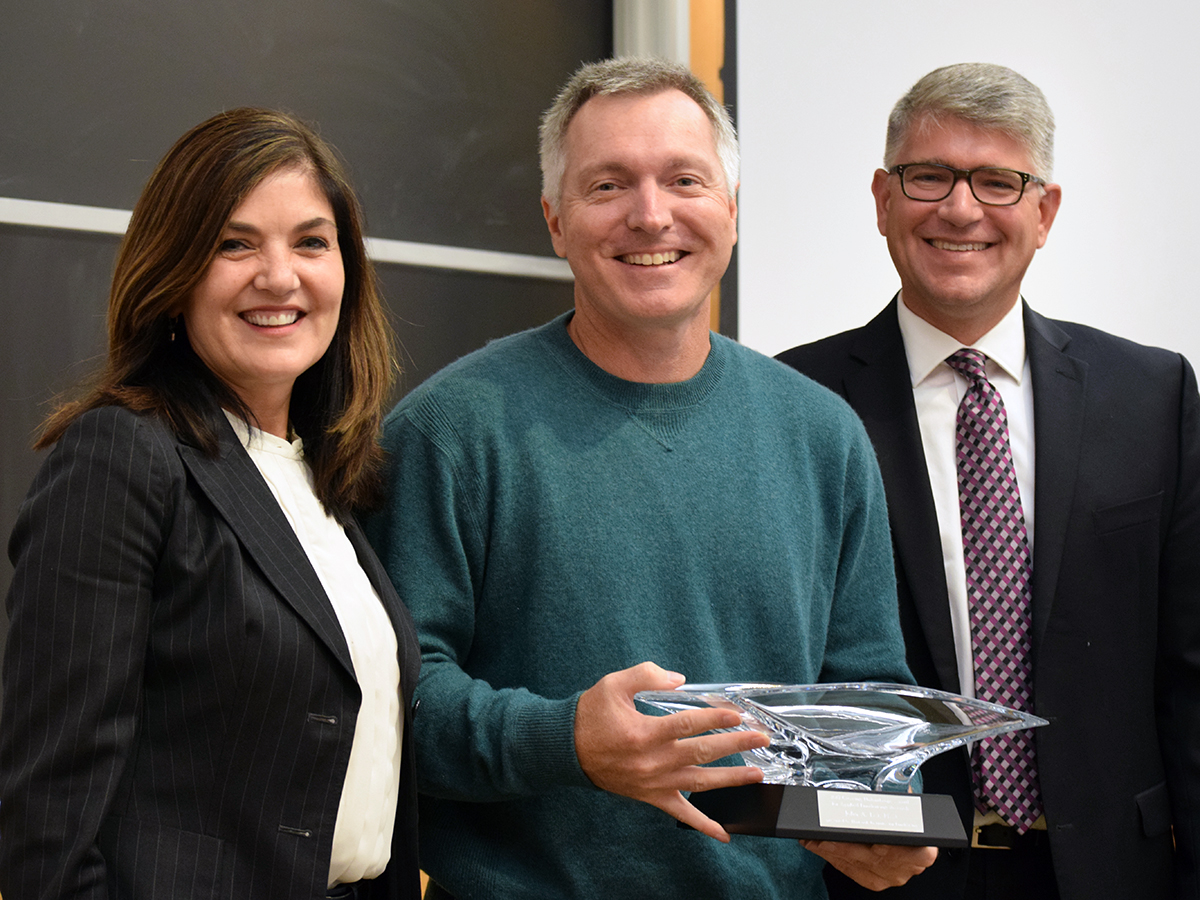 At the recent 4th Science of Philanthropy Initiative Conference held at Saieh Hall, Prof. John List was presented the prestigious Hartsook Growing Philanthropy Award for his pioneering work using field experiments to explore the motivations behind charitable giving and social preferences that shape it. Prof. List was also named the Visiting Robert F. Hartsook Chair in Fundraising at the Indiana University Lilly Family School of Philanthropy. In an interview in the Non-Profit Times, Robert F. Hartsook, J.D., Ed.D., Chairman and CEO of Hartsook Companies stated “John List’s leadership in applied fundraising research from his University of Chicago role has propelled him into worldwide recognition. For Indiana to attract this talented professor and his network has created high expectations for the impact of the Hartsook Chair and the school in growing philanthropy.” (Above: The Hartsook organization's Chief Academic Officer Karin Cox and CEO Matthew J. Beem present the award to John List at the September 6 SPI Conference. Photo: L. Reznicek)