Economics of the Opioid Conference 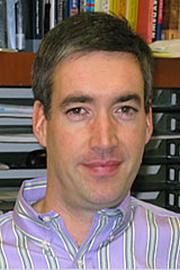 On Friday April 3, “The Economics of the Opioid Epidemic” conference brought together faculty, research professionals, and students to explore the various efforts in our nation’s public policy and their subsequent impact on the opioid crises. The conference was hosted by Professor Casey B. Mulligan, acting director of the Project on Foundational Research in Health Care Markets and Policies.

U.S. life expectancy, which is one of the most important indicators of health, fell in both 2015 and 2016.  A single year drop had not happened in 20 years, and two consecutive drops had not occurred in more than 50 years. The unusual reversal in the national trend toward longer lives is widely understood to be connected to the opioid epidemic, whose costs have been estimated to be about one half trillion dollars per year in recent years.

Economic analysis of market fundamentals has a lot to say about why this has happened. Technological change, including new supply chains, are important. As another example, federal sentencing reform not only affects the “low-level drug offenders” at risk of arrest but also the market price, quality, and aggregate consumption of the illicitly-manufactured opioids that they are trafficking. Financial incentives for hospitals can affect the opioid consumption of individuals who may never visit a hospital.

The April conference took place via Zoom video conference due to the limitations enacted by the coronavirus pandemic. There were roughly 70 registered guests, and organizers estimate that between 40-50 people joined in throughout the day, including attendees such as past project fellowship awardee Molly Schnell, a current Assistant Professor at Northwestern.

The conference opened with a presentation by Professor Mulligan on his paper, “Price and Federal Policies in Opioid Markets.” Throughout the day researchers presented on various aspects of the epidemic including the targeted drug launch and marketing tactics of the Pharma Industry, the introduction of abuse-deterrent opioid substitutes, the expansion of Naloxone access across state-run facilities, and the mandating of rigorous prescribing practices through Prescription Drug Monitoring Programs (PDMPs).

The conference concluded with a collaborative panel led by Professor Chris Ruhm, an economist from the University of Virginia, and a past speaker from the Project’s 2017 conference, “The Health Sector and the Economy.” Professor Ruhm played a vital role in running this year’s panel assessing the future of emerging economic research surrounding the opioid epidemic.