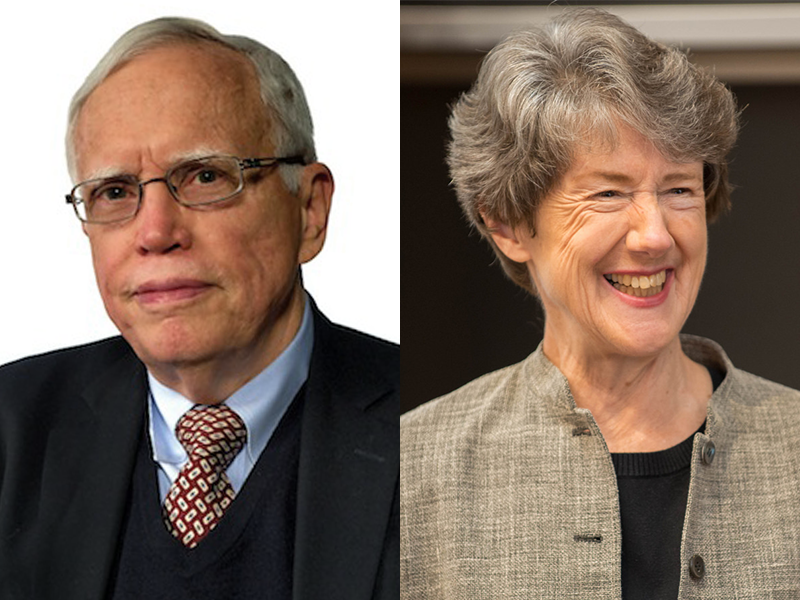 We are very pleased to announce that the American Economic Association has elected James J. Heckman and Nancy L. Stokey as 2017 AEA Distinguished Fellows. Heckman is the Henry Schultz Distinguished Service Professor of Economics and the College, director of the Center for the Economics of Human Development at the University of Chicago, and the recipient of the 2000 Nobel Memorial Prize in Economics. His recent research has focused on human development and lifecycle skill formation with emphasis on the economics of early childhood development, and has helped inform policymakers on education, job-training programs, anti-discrimination law, and civil rights.

Stokey is the Frederick Henry Prince Distinguished Service Professor in Economics and the College. She is a Fellow of the Econometric Society, the American Academy of Arts and Sciences, and the National Academy of Sciences, and holds honorary doctorates from Northwestern University and the University of Western Ontario. She is also the Director of Graduate Studies at the Department of Economics. She has made fundamental contributions in microeconomics, economic theory, finance, and in macroeconomics, with her recent work in economic dynamics examining why countries catch up or fall behind. The American Economic Association instituted the Award of Distinguished Fellow in 1965 to recognize economists of high distinction in the United States and Canada.