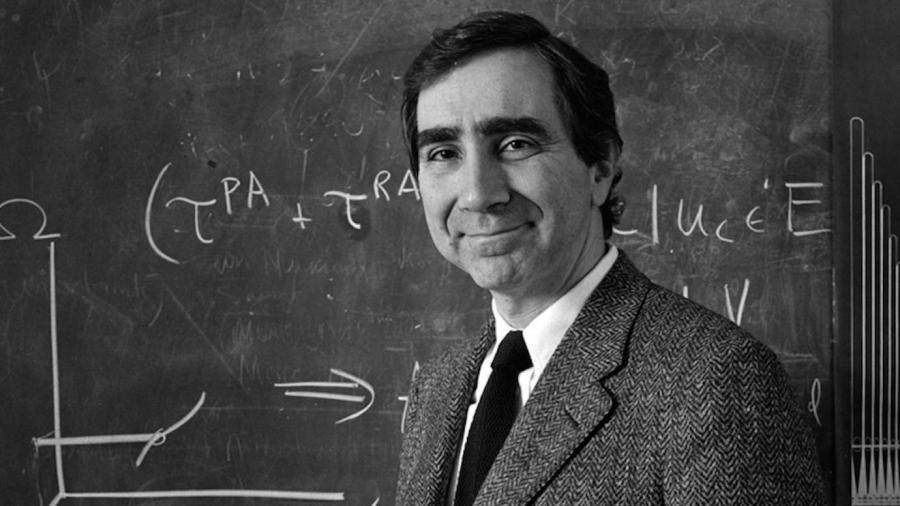 University administrator and economist remembered for overseeing change during tenure

Hugo Sonnenschein, a renowned economist and longtime university administrator who led the University of Chicago through a transformational period as its 11th president, died July 15. He was 80 years old.

A member of the University community for nearly three decades, Sonnenschein most recently served as the Charles L. Hutchinson Distinguished Service Professor Emeritus in the Kenneth C. Griffin Department of Economics. He was a beloved mentor and scholar who continued to teach undergraduate and graduate courses, having made original contributions on questions of multimarket demand and supply functions in economics. His research helped establish the modern theory of aggregate demand. 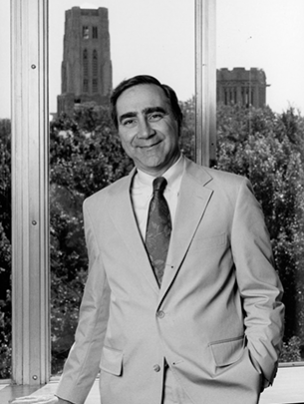 As UChicago president from 1993 to 2000, Sonnenschein strengthened the recruitment of outstanding students and faculty, developed a strategic plan to expand the undergraduate College, and devoted greater resources to the construction of new facilities and to improving the quality of campus life.

“Hugo’s tireless work led to substantial improvements during his time as president, and set the stage for many of the advances the University has made in the decades since,” wrote President Robert J. Zimmer and Provost Ka Yee C. Lee in a message to the University community. “He was a leader of foresight whose achievements will be remembered with deep respect.”

Sonnenschein became UChicago president on July 1, 1993, after having served as provost of Princeton University. In his inaugural address on campus that fall, Sonnenschein warned of “the intellectual, economic and social thickets” that the University would face in the future. “Let us come together bravely, willing to question and challenge all that we do,” he said.

Sonnenschein raised expectations for fundraising from the University’s alumni and friends; during his tenure, the University completed a $676 million capital campaign—the most in its history at the time. Sonnenschein also instituted the first campus master-planning process in 30 years, which led to the eventual construction of the Gerald Ratner Athletics Center, a new campus for the Graduate School of Business (now Chicago Booth) and two new residence halls for undergraduate students.

“Hugo’s tireless work led to substantial improvements during his time as president, and set the stage for many of the advances the University has made in the decades since.”

While maintaining the strength of the University’s renowned graduate programs, Sonnenschein initiated a program to improve the College’s appeal to undergraduate students. At the same time, curricular developments, including the faculty revision of the renowned Core curriculum, led to greater student opportunities for studying abroad and learning foreign languages.

In spring 1996, Sonnenschein announced a plan to enlarge the size of the undergraduate College by 1,000 students over the course of a decade, while reducing the number of required courses in the Core—proposals that led to spirited debate among UChicago faculty members, students and alumni. John W. Boyer, who has served as dean of the College for 29 years, including Sonnenschein’s tenure as president, said Sonnenschein’s vision has stood the test of time.

“Hugo Sonnenschein was a remarkably strategic leader who made an enormous contribution to the welfare and future success of the University,” said Boyer. “He was a man of decisiveness and courage who helped set in motion patterns of deep structural renewal and transformation for the University that have endured into our times. His passing is an extraordinary loss for the spirit of the University. His foresight and leadership through a time of great challenge and controversy made possible many dynamic features of the University that we enjoy today.” 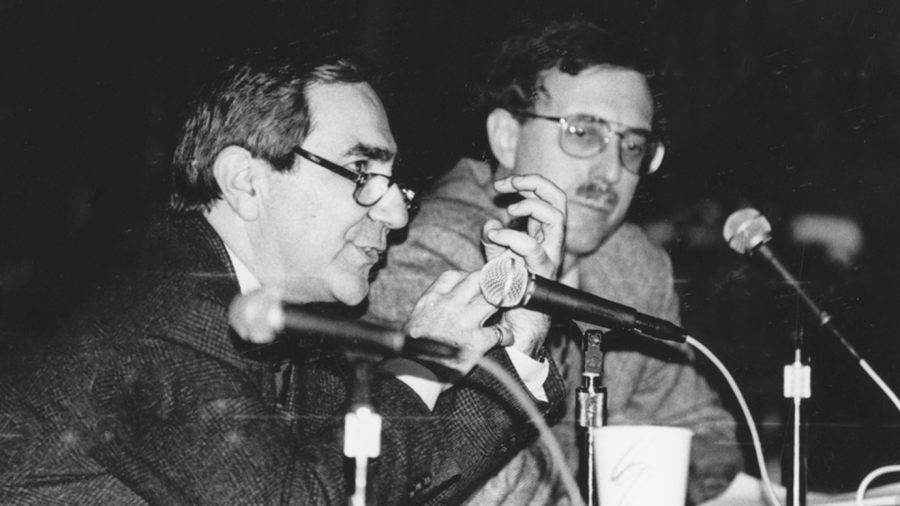 In a 2017 interview with the University of Rochester, his alma mater, Sonnenschein reflected upon the change he tried to initiate during his UChicago tenure.

“A primary purpose of academic leadership is to guide a university to appreciate its strengths, to examine what it can do better, and to help it to serve society,” Sonnenschein told the Rochester Review. “We are expected to lead the cheers, but we must also hold up a mirror. Great universities need to be challenged.”

When Sonnenschein announced his plans to expand the College in 1996, more than 3,600 students were enrolled in the College. That number has nearly doubled; in fall 2020, UChicago welcomed around 7,000 undergraduates. The University has continued to expand access and financial aid to students of all backgrounds, while remaining one of the nation’s most highly selective institutions.

“Like other transformative presidents, Sonnenschein thought in imaginative yet clear-eyed ways about the connections between undergraduate education in the College and the strength of research and scholarship in the Divisions and the Professional Schools,” Boyer said. “Several decades after his famous letter of April 1996 urging an increase in the size of the College and more investments in the experience of undergraduates, his advocacy of the idea of a College that would become a compelling destination for the most talented of students still looms large in the history of the University.”

“Hugo Sonnenschein was a remarkably strategic leader who made an enormous contribution to the welfare and future success of the University.’’

After he retired as president in 2000, Sonnenschein returned to the UChicago economics faculty. He remained active in research and taught an undergraduate course in game theory and a graduate course in microeconomic theory.

As an economic theorist, Sonnenschein was a beloved mentor and scholar who made significant contributions to the field. His first paper in Econometrica in 1965 grappled with important questions on the consistency of consumer choices. Sonnenschein showed that a consumer’s overall consistency could be boiled down to their consistency over items between which they are indifferent. His approach to consumer choice theory has since become the standard in the field.

Sonnenschein’s early work on consumer choice led to questions concerning market interactions between many consumers. The now-famous Sonnenschein-Mantel-Debreu theorem states that how the economy as a whole reacts to price changes—in contrast to how individuals react—is essentially impossible to predict without placing unrealistic assumptions on the distribution of income and preferences across the economy itself. The effects ripple through economic theory to this day.

In 2009, the BBVA Foundation honored Sonnenschein with the Frontiers of Knowledge Award in Economics, Finance and Management, shared with economist Andreu Mas-Colell. The award jury cited Sonnenschein and Mas-Colell for “extending the reach and applicability of general equilibrium theory and for establishing the modern theory of aggregate demand. Their work revealed the robustness of general equilibrium analysis and its wide applicability even when economic agents are not fully rational.”

“It’s clear that he’s both been an exemplary scholar and an exemplary teacher,” said Stanford University economist and Nobel laureate Alvin Roth in 2015, during a UChicago conference honoring Sonnenschein.

Some of Sonnenschein’s most recent research focused on the difficult problem of designing efficient bargaining mechanisms in dynamic settings that involve incomplete information about preferences.

He cared deeply about progress in economic theory, and he was always devoted to helping younger scholars advance and contribute to the field. He collaborated with many students, and was a generous adviser across several decades. In the seven years when he served as editor of Econometrica, his active encouragement and guidance of new research helped to make those years a transformative period for economics. 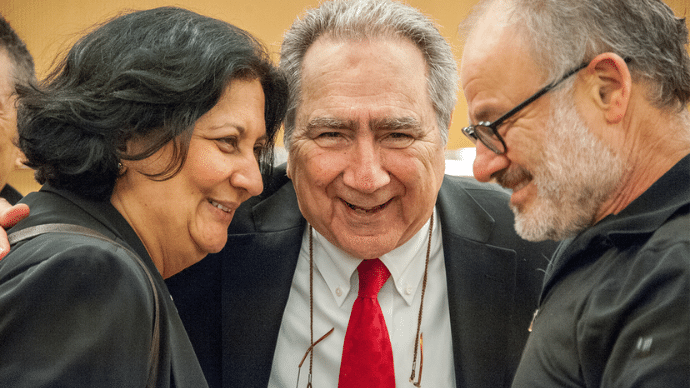 “Hugo was always an inspiring presence in the department. His wisdom and experience in faculty meetings and around the seminar and lunch tables improved our collective decision-making,” said Prof. Robert Shimer, chair of the Kenneth C. Griffin Department of Economics. “His grace and equanimity made work more pleasant and productive. He was always kind, supportive, and optimistic. His advice was invaluable to me as a researcher and more recently as department chair.”

Prof. Philip J. Reny, who studied under Sonnenschein at Princeton University before becoming a colleague on the UChicago faculty, described his mentor as “a giant” in the fields of general equilibrium and economic theory. As a graduate student at Princeton, Reny remembered a student skit night in which a student portrayed Sonnenschein as Fred Rogers of the PBS show “Mister Rogers’ Neighborhood”—a testament to a teaching style that was “elegant, gentle and encouraging.”

“Aside from his brilliance, which was immense, his great asset was his ability to the see value in his students’ ideas which he nurtured better than anyone I know,” said Reny, now the Hugo F. Sonnenschein Distinguished Service Professor in the Kenneth C. Griffin Department of Economics. “He would never miss an opportunity to tell us that what we were doing was important work, which had a tremendous impact on us. He was one of the great scholars and mentors of his generation and will deeply missed by all whom he touched.”

Stanford University’s Matthew O. Jackson, another former student, said Sonnenschein was a “legendary” mentor who supported groundbreaking research in economic theory for many decades. “It is not just that Hugo had an uncanny ability to ask the right questions and excelled at teaching others to do the same, but also that his advice and friendship were lifelong gifts,” Jackson said. “He loved people—getting to know them and being part of their lives. Despite the abundance of people for whom Hugo had a deep and sustained influence, he always treated you as family.”

“Aside from his brilliance, which was immense, his great asset was his ability to the see value in his students’ ideas which he nurtured better than anyone I know.”

Born Nov. 14, 1940, Sonnenschein grew up in Brooklyn, New York. He attended the University of Rochester, where his interest in mathematics led him to study economist Kenneth Arrow’s research on social choice. He received an bachelor’s in mathematics from the University of Rochester in 1961, and the following year, married Elizabeth Gunn, whom he had met during his first year at Rochester.

He is survived by his wife, Elizabeth Gunn Sonnenschein, a retired cancer epidemiologist who served on the faculty of the University of Illinois at Chicago and New York University; their three daughters, Leah, Amy and Rachel; and five grandchildren.

To donate to the Elizabeth and Hugo Sonnenschein Scholarship Fund at the University of Chicago, click here.

This story was originally published as a UChicago News article. The original article can be found at news.uchicago.edu.