This article originally appeared on and is available at www.msri.org.

2021 CME Group-MSRI Prize Announced, to be Awarded May 16

"The 15th annual CME Group-MSRI Prize in Innovative Quantitative Applications will be awarded to Nancy L. Stokey. The award announcement and seminar will be held on May 16, 2022 at the CME Group in Chicago, IL.

The CME Group-MSRI Prize is awarded to an individual or a group to recognize originality and innovation in the use of mathematical, statistical or computational methods for the study of the behavior of markets, and more broadly of economics. 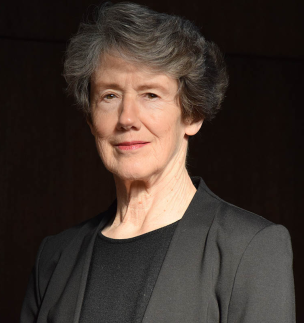 Nancy L. Stokey is the Frederick Henry Prince Distinguished Service Professor of Economics, University of Chicago.  Stokey is a member of the National Academy of Sciences and of the American Academy of Arts and Sciences, a Fellow of the Econometric Society, a Distinguished Fellow of the American Economic Association, and the 2021 President of the Society for the Advancement of Economic Theory.  She has served as co-editor of Econometrica and of The Journal of Political Economy, and as vice-President of the American Economic Association.

Stokey is co-author of the influential monograph Recursive Methods in Economic Dynamics (1989), which has provided the mathematical basis for much of modern macroeconomics. She is also co-developer of a model of dynamic taxation and debt policy that has served as the foundation for much subsequent work in that area, and she is author of The Economics of Inaction (2009), which treats models that involve fixed costs of adjustment.

Stokey has also contributed to various areas of microeconomics, with the first rigorous proof of the famous Coase conjecture, and as co-developer of the No-Trade theorem, a result that presents a fundamental puzzle about information, stock market prices, and the volume of trading.

Stokey’s recent work has focused on economic growth and development, especially on the role of trade and technology transfers in accelerating growth in middle-income countries."