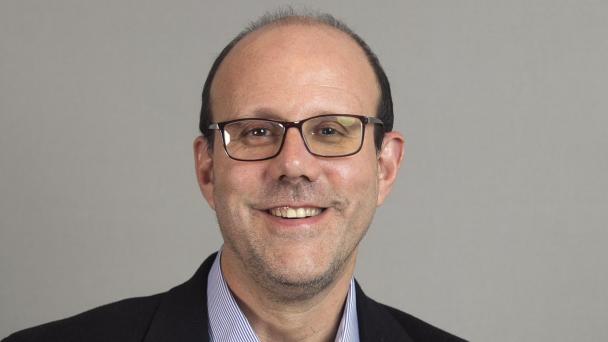 Nobel Prize-winning economist Michael Kremer has been appointed University Professor at the University of Chicago and will join our department faculty.

A pioneer in development economics who has shaped the discipline through the use of field experiments to inform economic models, policy and program development, Kremer shared the Sveriges Riksbank Prize in Economic Sciences in Memory of Alfred Nobel in 2019. He has been most recently at Harvard University, where he serves as the Gates Professor of Developing Societies in the Department of Economics.

“Michael is a scholar of extraordinary vision and accomplishment. His research has had an enormous influence on his field, and has been impactful in informing public policy in developing countries,” said Ka Yee C. Lee, provost and the David Lee Shillinglaw Distinguished Service Professor of Chemistry. “We are delighted to welcome Michael to the University of Chicago. The range of his research will undoubtedly lead to collaborations across divisions and schools.”

“The University of Chicago’s commitment to expanding research on development economics is an exceptional opportunity,” Kremer said. “The work ahead will develop new knowledge on ways to address global poverty and ultimately to do good for the world.

Kremer was among the first economists to evaluate interventions in developing countries through randomized control trials. In 1998, he evaluated a project on deworming in Kenya. By comparing schools that had already been phased into treatment for intestinal worms with those that had not yet been phased into the program, he and his collaborators found that the program reduced student absenteeism by a quarter—and even reduced transmission of the disease to neighboring schools. Subsequent work also found that deworming had long-run impacts, leading to higher living standards 20 years later.

“Michael’s research and its resulting policy impacts in economic development, health, education and technological innovation has been transformative at a global scale,” said Amanda Woodward, dean of the Division of the Social Sciences and the William S. Gray Distinguished Service Professor of Psychology. “We look forward to the next revolutionary phases of Michael’s work. He will be a foundational force for the future of Griffin Economics as well as for the broad community of economists at the University of Chicago.”

Through the nonprofit organization Evidence Action and its private sector and government partners, Kremer’s work has now helped provide free deworming treatments to 280 million children. The World Health Organization recommends large-scale deworming as the most cost-effective way to improve children’s health and nutrition.

“All of Michael’s work is grounded in theory and built around a coherent set of ideas interrogating what we can learn from economics,” said Rob Shimer, chair of the Kenneth C. Griffin Department of Economics and the Alvin H. Baum Professor in Economics. “His extraordinary contributions to the field of economics and to improving human welfare are testament to the power of his methodological innovations.”

In addition to that research, Kremer helped develop the advance market commitment, proposing the idea of a contract that would guarantee that if firms developed vaccines for diseases affecting the developing world meeting certain technological specifications, donors would help cover the cost of purchasing the product. Such commitments have stimulated private investment in vaccine research and the distribution of vaccines for diseases in the developing world. A $1.5 billion commitment by a consortium of donors led to the development and distribution of vaccines covering the strains of pneumococcal diseases common in the developing world, saving an estimated 700,000 lives.

“Michael’s landmark work has not only advanced the field but has had enormous real-world impact,” said Katherine Baicker, dean and the Emmett Dedmon Professor at the Harris School of Public Policy. “His work has resulted in billions of dollars being devoted towards malaria and pneumococcal vaccines focused on the strains prevalent in developing countries. Few economists have saved so many lives around the world.”

While changes in broad-scale government programs have long provided economists with natural experiments to inform their models, Kremer and his colleagues developed an iterative strategy that engages—and in some instances, founds—NGOs to deliver social programs that implement and test economic ideas. This approach can reveal the causal forces at play in economic systems, shedding light where observational data cannot. It also offers a proving ground for developing and perfecting effective policies and programs.

At UChicago, Kremer will lead a new Development Innovation Lab, an initiative that will sit within the Becker Friedman Institute for Economics.

“I am excited to join the University of Chicago, with its storied tradition of pioneering economics research,” Kremer said. “The new lab will use the tools of economics to develop innovations of practical use for developing countries. By bringing together experts in different fields and working closely with nonprofit organizations, firms and governments in the developing world, we can simultaneously advance knowledge and generate solutions to development challenges which can reach hundreds of millions of people.”

“Michael’s work simultaneously pushes out the frontier of understanding and has had enormous and lasting impacts on people’s well-being,” said Michael Greenstone, director of the Becker Friedman Institute and the Milton Friedman Distinguished Service Professor in Economics. “He is the perfect person to lead the Development Innovation Lab at BFI, and I know he will catalyze the terrific development economics here into even greater heights, with the ultimate beneficiaries being the field of economics and the world.”

Kremer is the author of more than 120 academic articles and book chapters. He is a fellow of the American Academy of Arts and Sciences and a 1997 recipient of a MacArthur Fellowship. He has won awards for his work on health economics, agricultural economics and on Latin America.

Kremer earned his Ph.D. in economics from Harvard University in 1992. He was a visiting assistant professor at the University of Chicago in Spring Quarter 1993. Prior to his appointment at Harvard, he was a member of the faculty at the Massachusetts Institute of Technology from 1993 to 1999.