The Department of Economics at Chicago has always ranked among the handful of leading departments in the world. It has claimed a disproportionate share of the honors the economics profession can bestow.

1892 – Thorstein Veblen comes to the University. His classic work,The Theory of the Leisure Class (1899), written at UChicago, dissected the behavior of the wealthy in an increasingly materialistic world, coining the phrases conspicuous consumption, pecuniary emulation, and conspicuous waste.

1892 – Economics Department established as Political Economy. James Laughlin serves the first department chairman for the period of 1892 through 1917.

1892 – The Journal of Political Economy, one of the oldest and most prestigious journals in economics, was first published.

1920 – Hazel Kyrk receives her PhD from UChicago and is a faculty member at the University from 1925 to 1952. Her dissertation wins the prestigious Hart, Schaffner, and Marx prize, and a revised version is published in 1923 as "A Theory of Consumption."

1928 – Lionel D. Edie, Professor of Finance, is awarded the Guggenheim Fellowship to "make a study of the influence of the open market transactions and the discount policy of the Bank of England upon industry and trade, with special reference to a comparison of the central bank control of prices, credit and business in England."

1930s – The First Chicago School includes Jacob Viner and Frank Knight. Milton Friedman and George Stigler are both students at UChicago and part of the Knight Circle.

1930 - Frank Knight, Morton D. Hall Distinguished Service Professor of Social Science and Philosophy, is awarded the Guggenheim Fellowship "to make a study of movements in economic and social thought, primarily in German-speaking Europe, secondarily in Italy, in relation to the British classical economics and to the current development of institutional and statistical economics in America."

1931 – Margaret Reid receives her PhD in Home Economics, her adviser is Hazel Kyrk, PhD'20. Reid's first book, The Economics of Household Production, is published in 1934. She was a faculty member at UChicago from 1952 until she retired in 1961.

1933 – "The Chicago Plan for Banking Reform" is drafted and signed by a group of faculty including Frank Knight, Lloyd Mints, Henry Simons, and Aaron Director. This paper is widely understood as influencing federal policy manifested by the Banking Act of 1933.

1944 – D. Gale Johnson, who became a world renowned scholar of agricultural and development economics, arrives at the University. Johnson spent the rest of his life at UChicago taking on a number of administrative roles over the next 60 years including Director of the Undergraduate Program in Economics for many years, Chair of the Department twice (1971-1975, 1980-1984), Dean of the Social Sciences (1960-1970), and Provost of the University (1975-1980).

1961 – The Second Chicago School of Economics includes former students of Frank Knight, Milton Friedman, and George Stigler, along with faculty who had come from Iowa, most famously, T.W. Schultz.

1964 – Theodore William Schultz (1902-1998), publishes Transforming Traditional Agriculture, in which he lays out his view that primitive farmers in poor countries maximize the return from their resources. One of his main contributions was later called Human Capital Theory, and inspired a major body of work in international development.

1966 – George S. Tolley (1925-2021), PhD'55, returns to UChicago and, following a highly successful career in agricultural economics,  shifts his focus to urban economics, establishing urban economics as an area in the UChicago graduate program by the early 1970s — a rare offering in economics departments at the time. Tolley served as director of the Center for Urban Studies at UChicago from 1978 to 1985.

1967 – Gary S. Becker (1930-2014), AM'53, PhD'55, University Professor in Economics and Sociology and University of Chicago Booth School of Business, is awarded the John Bates Clark Medal.

1970s – The "Chicago Boys" were a group of Chilean economists, the majority of whom trained in the Department of Economics. Upon their return to Latin American they adopted positions in numerous South American governments as economic advisors, many of them reaching high positions. They are credited with transforming Chile into Latin American's best performing economy and one of the world's best business climates, although, this is not without controversy.

1980 – Margaret Reid becomes the first woman economist to be made a Distinguished Fellow by the American Economic Association.

1993-97 – D. Gale Johnson, the Eliakim Hastings Moore Distinguished Service Professor, one of the world's most eminent researchers of agricultural and development economics, publishesAgricultural Policy and U.S. – Taiwan Trade (1993), Long-Term Agricultural Policies for Central Europe (1996), and Economies in Transition-Poland and Hungary (1997).

2007 – Roger B. Myerson is awarded the Nobel Memorial Prize in Economic Sciences.

2011 – The Becker Friedman Institute for Research in Economics, named for Gary Becker and Milton Friedman, is established.

2014 – Saieh Hall for Economics becomes the new home for the Department of Economics and the Becker Friedman Institute.

2014 – James Heckman establishes the Center for the Economics of Human Development, which promotes an integrated developmental approach involving an understanding across people's lives from early childhood through adolescence and beyond.

2014 – Michael Greenstone is appointed Director of the Energy Policy Institute of Chicago.

2017 – The Kenneth C. Griffin Charitable Fund gifts $125 million, the second-largest gift in the history of the University of Chicago, to support the Department of Economics in expanding its leadership in education and research with wide-ranging public impact, while increasing financial support for students. The department is renamed the Kenneth C. Griffin Department of Economics. 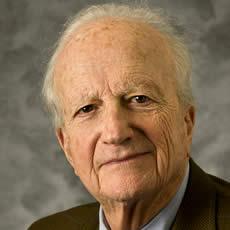 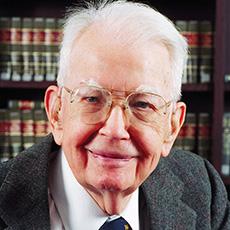 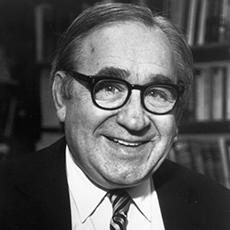