Why Field Experiments?
Because They Work. 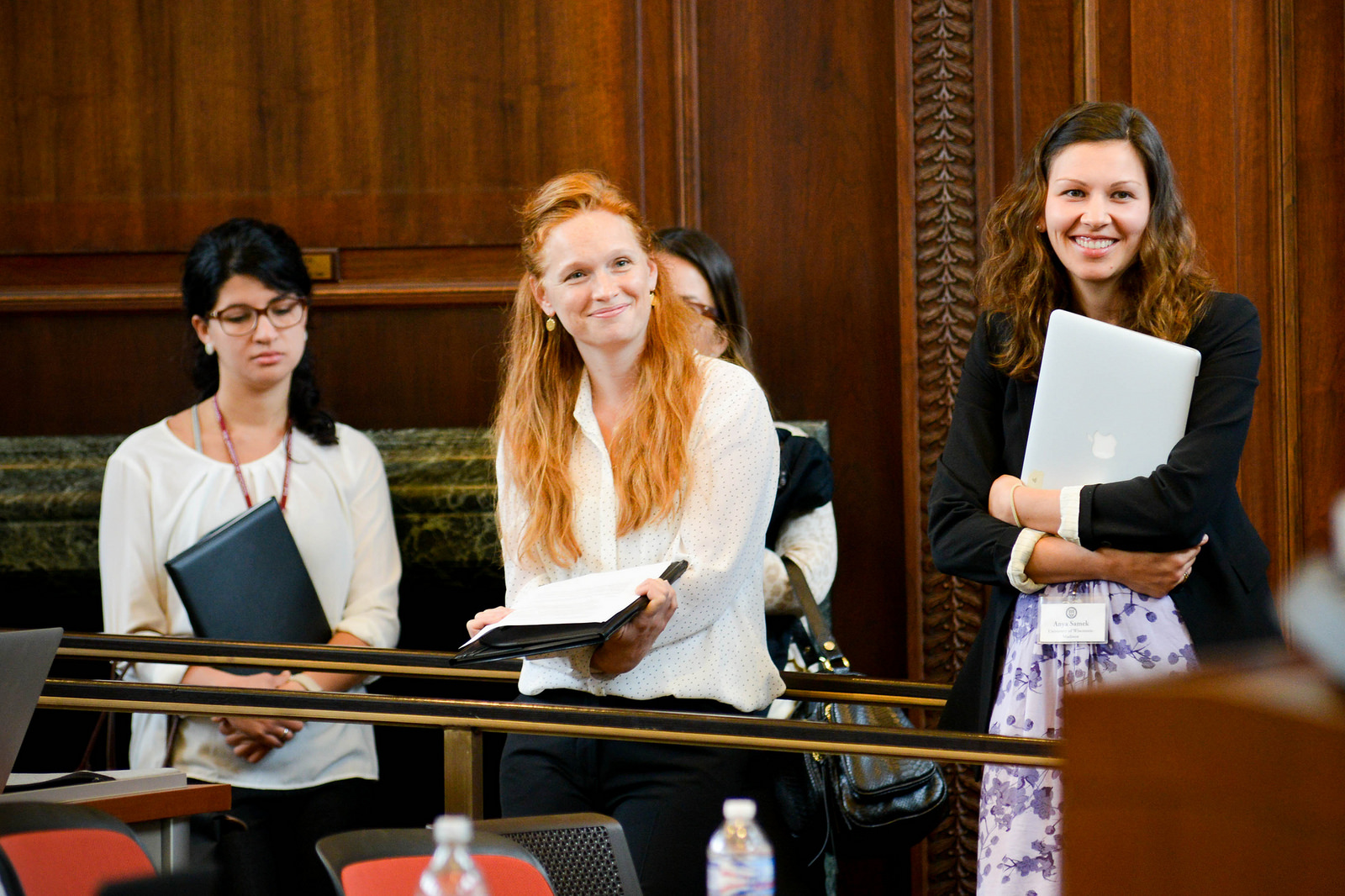 A field experiment with airline captains tests how to induce fuel saving behaviors by using a set of treatments that include performance information, personal targets and pro-social incentives. During the 8 month long experiment, the treatments changed captains’ behavior and caused an estimated fuel saving to the airline between 280,000 and 412,000 kg of fuel, corresponding to about $80,000 savings per captain. Other major airlines are now implementing similar policies. (Gosnell, List, Metcalfe 2015)

How to increase response rates from charitable solicitations?

A large charity uses a field experiment to test a bold idea: asking donors to give once, and promising not to bother them again. One treatment however introduces a catch: donors have to actively check a box to avoid further solicitations. People in the "no-bother" treatment gave 48% more than donors receiving a standard solicitation. Moreover, only 39% of donors in the opt-out treatment actually checked the opt-out box, generating significant long-term revenues for the charity. (Kamdar, Levitt, List, Mullaney, Syverson 2013)

Researchers randomly distribute auto-power-off plugs across households in 3 towns and track energy consumption over time. They find that the plug distribution has no significant effect on households with children or for single women; couples without children and single men reduce their energy consumption by approximately 5%. These results suggest that targeting interventions to the most responsive households may be the best way to improve program efficiency. (Jensen, Hansen, Fjordbak, Gudbjerg 2012)

Case Study: A Tangible Productivity Boost At No Cost For The Firm

Using insights from behavioral economics, a field experiment within a major Chinese high-tech company shows that workers' productivity can be significantly increased by simply framing performance bonuses as "losses" rather than "gains" (e.g. the bonus is given upfront but taken away if productivity goal is not met. This is because people are more responsive to losses than gains. (Hossain, List 2012)

How do monetary gifts affect workers’ productivity and the overall profitability of a firm?

Researchers compare the effects of paying workers combinations of piece rate and one-time lump sums on the productivity of tree planters. They find that by introducing a profit-maximizing gift, individual worker productivity increases for firm profit increases of up to 17%. However, non-uniform reciprocity in response to the gift decreases the average effect to a 10% increase in profits. (Bellemare, Shearer 2011)

Researchers and a call center create a training program for a random subsample of employees. There is not only a 10% increase in the productivity of worker in the training, but also a 0.51% increase in the productivity of untreated workers. This suggests that training programs generate positive externalities on untrained workers. (De Grip, Sauermann 2011)

How does advertising affect different customers?

To determine the effectiveness of dynamic advertising, a firm varies the number of catalogs sent to different customer groups and tracks buying habits over time. The sales results show that the advertising efforts have differing effects on demand depending on the customer group. Advertising increases long-term demand for less-valuable customers (13.8%). However, while advertising increases short-term demand for more-valuable customers, the long-run effect on this group is limited (5.3%). (Simester, Hu, Brynjolfsson, Anderson 2009)

Do shipping and handling costs affect consumers' willingness to pay?

Rational consumers should not care about how the total cost is divided between the price for the item itself, and shipping and handling. A field experiment on eBay shows instead that sellers can raise more money by setting a low opening bid and a high shipping cost. This is because people tend to put different expenses in different "mental accounts." (Morgan, Hossain 2006)

Increasing managers’ performance-based compensation does more than reward the managers— it affects average worker productivity and changes the composition of lower-tier workers. By running a natural experiment, researchers find that introducing performance bonuses increased average productivity of subordinates by 21%, which is driven by managers selecting and focusing on highly productive workers. While this effect increases overall productivity, it exacerbates earnings inequality among subordinates with different ability. (Bandiera, Barankay, Rasul 2006)

Do ethical consumers care about price?

A coffee shop randomizes discounts on both fair trade and non-fair trade brewed coffee and observes aggregate purchasing behaviors. Results show that consumers are not very responsive to price changes in fair trade coffee, while for each 1% increase in price of the non-fair trade variety, consumer demand drops by 1.55%. This suggests that ethically-minded consumers, likely to prefer fair trade coffee, are less price sensitive than other consumers. (Arnot, Boxall, Cash 2006)

A field experiment shows that working with friends does not affect productivity as long as employees are paid with a piece rate scheme. However, when pay is based on relative performance and workers can monitor each other, productivity is at least 50% lower than under piece rate. This result suggests that productive workers may work less hard to avoid hurting their friends’ pay. (Rasul, Barankay, Bandiera 2005)

How can firms encourage employees to save more?

Researchers and a firm design and implement a new retirement savings program (Save More Tomorrow) that allows participants to allocate future salary increases to retirement savings, instead of saving current resources. After the first implementation, 78% of those offered the program enrolled, 80% of enrollees remained in the program through four pay raises, and the average savings rate for participants increased nearly 400%. This is because people become more patient and forward-looking when making decisions that affect them only in the future. (Thaler, Benartzi 2004)

Which payment schemes are more effective?

A field experiment with a tree-planting firm in Canada randomizes whether workers are paid a fixed wage or piece rate. Results show that under piece rate scheme, workers are 20% more productive, and earn significantly more. (Shearer 2004)

What type of monetary incentive yields the best workers and highest productivity?

Switching to a piece rate payment scheme at Safelite Glass Corporation generated a 44% increase in average output per worker, a 10% pay increase (on average) for workers, and, by adjusting quality control measures, customer satisfaction increased from <90% to 94%. The increase in productivity is attributed to two components: 1) the average worker produced more because of the incentive, and 2) the firm attracted more productive workers and reduced turnover among high-performing employees. (Lazear 2000)

The Summer Institute is funded by a generous grant from the Laura and John Arnold Foundation. Thank you to our partner, the University of Chicago.