The Hugo F. Sonnenschein Distinguished Service Professor in Economics and the College (at Chicago since 1999). Member, American Academy of Arts and Sciences, 2015; Fellow of the Econometric Society (1996).

Prof. Reny is an economic theorist whose research interests include auction theory, information aggregation, game theory, and the theory of mechanism design. His current research focuses on the existence of Nash equilibrium in discontinuous games, methodologies for analyzing rational behavior in extensive form games with infinite actions and types, and optimal mechanism design with multi-dimensional private information.

Reny became a member of the American Academy of Arts and Sciences in 2015; a Fellow of the Society for the Advancement of Economic Theory in 2012; a charter member of the Game Theory Society in 1999, and a fellow of the Econometric Society in 1996. He served as the Chair of the University of Chicago’s Department of Economics and as the lead editor of Journal of Political Economy. 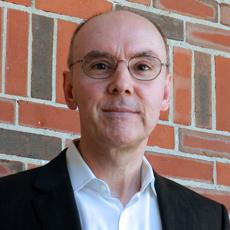